Dan Held, Head of Growth at Kraken and Bitcoiner, joins the Stacks Ecosystem 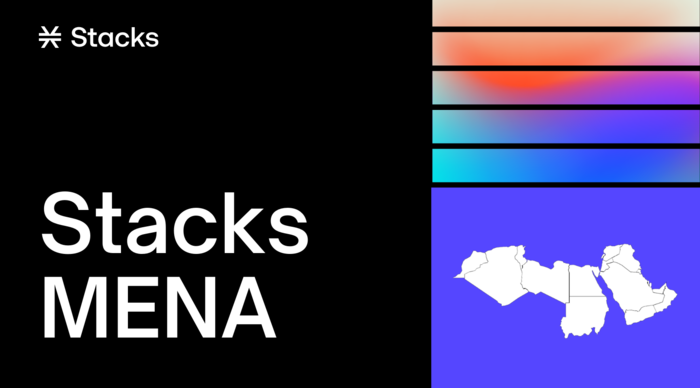 Stacks MENA, a new community-led chapter of the Stacks Ecosystem announced today that they have started efforts to educate potential blockchain developers throughout 27 countries in the Middle East and North Africa. The chapter was formed by Mohamed Abdou, an Egyptian entrepreneur and software engineer with over 20 years of experience in the Information Security and Cryptography known for founding Dmails, a 500 Startups backed project which now goes by the name 'Pravica'.

Like many community leaders around the world, Mohamed and the Pravica team have at least 2 years of local organizing under their belts, including numerous meetups, workshops, and networking events. By launching the Stacks MENA chapter, the Pravica team hopes to grow, educate, and empower Stacks community members in the MENA region on a much larger scale.

Mohamed and his team at Pravica will kickstart the chapter and look to eventually bring on more support and partners dedicated to the chapter. The efforts of the chapter will begin with a focus on educating youths, developers, start-ups and enterprises through a variety of activities including partnerships, entrepreneurial events, summits, hackathons, and other activities.

As Mohamed and his team put it, they want to play a critical role in fostering a new generation of blockchain developers in their communities.

"I've been heavily involved with the Stacks community for the past 2 years. Throughout, my fondness and the inspiration I gather from the community has grown immensely. In the process I've also gained knowledge of the technology that is needed to build a user-owned internet. A major reason for establishing the Stacks MENA chapter is to transfer all this knowledge and technical experience to our region, educating people, bringing awareness, and empowering a new generation of blockchain developers in the process. I'm excited to support blockchain developers, start-ups, corporations and enterprises overcome the privacy and information security challenges and obstacles they face with their existing or upcoming products,"

Stacks MENA will be an extension of the Stacks Ecosystem; a vibrant community of independent entities, developers, and community members that share ­the same mission, vision and objective – to build a user-owned internet on Bitcoin. The MENA chapter will take this mission on at the source—by educating developers looking to solve important problems related to privacy and security and would benefit from crypto and blockchain know-how.

Dr. Muneeb Ali, Co-founder of Stacks and CEO of Hiro PBC, another independent entity in the Stacks ecosystem, said of the MENA chapter:

"We're seeing a global expansion of the Stacks community before the Stacks 2.0 mainnet launch. Stacks 2.0 represents a technological breakthrough where apps and smart contracts can be enabled directly on Bitcoin. Having access to sovereign money like Bitcoin and secure apps, through Stacks, is especially appealing in Middle Eastern countries that have witnessed problems with centralized banking and surveillance first hand. Establishing the first MENA Chapter is a big milestone for our global community and the Pravica team has shown strong leadership not just in the MENA region, but globally to help push the boundaries of what's possible with decentralized networks."

Heading the MENA chapter, Abdou and his team believe the initial goal is to create awareness throughout the region so that the community can unite and begin to share and spread knowledge and education. He sees this growth happening naturally within smaller communities in MENA, according to the individual needs and interests of those groups. This will include everything from strategic partnerships to various events and the production of education content.

He believes by galvanizing the Stacks community in the region, MENA can become a leading example of giving power and ownership back to the user. You can learn more about Stacks MENA at stacksmena.org, the site is also available in Arabic. 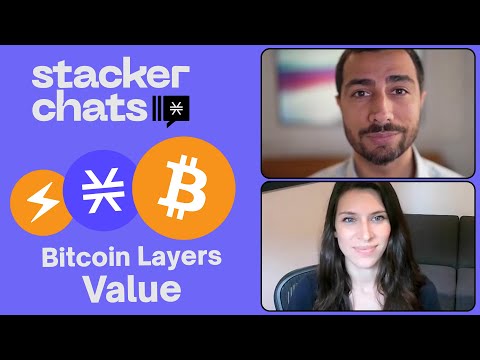 Why Bitcoin Layers Are Important to Bitcoin Economy Growth 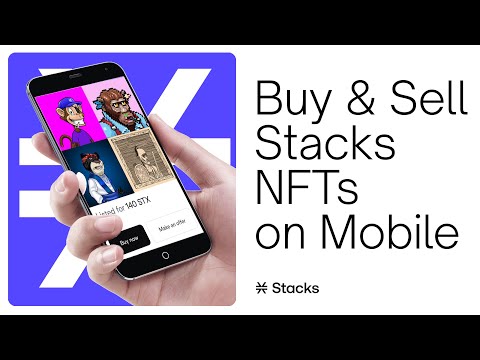